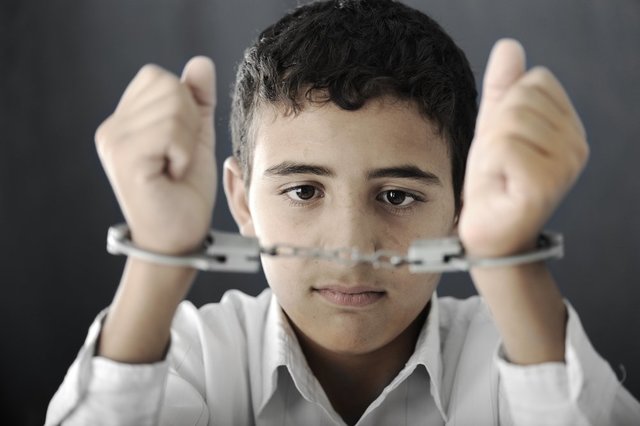 According to the American Civil Liberties Union, approximately 60,000 children are incarcerated in prisons or some juvenile detention facility throughout American every day!  In Georgia alone, there are 185 per 100,000 youth incarcerated.

Juveniles constitute 1,200 of the 1.5 million people housed in federal and state prisons in this country, and nearly 200,000 youth enter the adult criminal-justice system each year, most for non-violent crimes. On any given day, 10,000 juveniles are housed in adult prisons and jails.

Our criminal justice system is broken, and cutting kids and children off from family, their education, exacerbating trauma, violence, and additional harm, has lifelong negative consequences.

WHAT IS THE JUVENILE COURT?

Juvenile courts have wide ranging powers of detention and control over your child.  For instance, a child charged with delinquency in Georgia is not entitled to a jury trial.  Your child is not even entitled to bail as an adult offender would be entitled.  A juvenile court judge may impose many different types of confinement and restrictions on your child, or even detain the child until a full trial has been held.

Juvenile courts in Georgia have jurisdiction over a child usually until the child turns 117.  Meaning a child is determined to be 17 or younger, they would be subject to the juvenile court proceedings in Atlanta, and throughout Georgia.

WHAT IS A JUVENILE DEFENSE LAWYER?

Thank you so much for doing such a great job for our daughter. We are very happy with the results of her case. Best wishes, R.W.

P.S. Thank you also for helping our friend get his case dismissed!

A juvenile court hears cases involving minors under the age of 18.  These cases can be narrowed down to several categories:

Consequences for your child being adjudicated delinquent or convicted of a crime in a juvenile case in Atlanta and throughout Georgia can be significant.  The judge in juvenile cases has wide discretion in possible punishments.  The penalties your child may face could be expansive:

A juvenile can lose their ability to join the military, get a future security clearance, lose scholarships and/or financial aid for college or even be denied admission into a college.  An adjudication of dependency, delinquency or otherwise in juvenile court can have significant long-term consequences for your child and your family.

Remember, if your child has been charged, or is under investigation for a crime of any kind, please contact an experienced Atlanta Criminal Defense Lawyer who focuses their practice on juvenile delinquency and criminal defense.  It is imperative that you speak with an attorney immediately.  Literally, your child’s future is a stake.

Never speak with anyone about your child’s alleged criminal or dependency conduct without first speaking to an Atlanta Criminal Lawyer who has experience in defending clients through the juvenile court criminal process. This includes teachers or principles, school resource officers, DHR, probation officers, police officers, friends, possible co-defendant or their parents, or anyone else.